How to make Lapsi -

Rated 3/5 based on 87 customer reviews 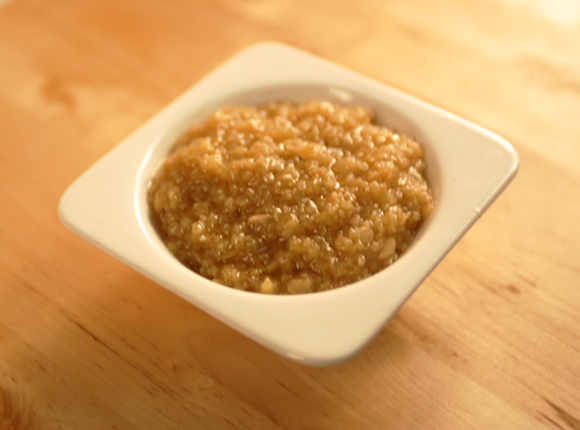 Cook the broken wheat in water until soft. Stir in the jaggery and cook until blended. Add the coconut milk and cardamom powder.

Bring to boil once and remove from heat. Serve hot.